Written and directed by Frank Berry, Michael Inside takes a look at how easy it is for people raised in lower-income communities to get drawn into crime and the judicial system. The film follows 18-year-old Michael McCrea (Dafhyd Flynn), who lives with his granddad Francis (Lalor Roddy) in inner-city Dublin. Michael isn’t a bad kid, he has seen what crime and drugs can do to people, with his mother having died from an overdose, and his father currently serving time in prison. He is going to school to get a better education and has a nice girlfriend. But living where he does, he also hangs out with some bad kids and he makes some naive decisions. So, when a friend asks him to hold on to some drugs, he does it. The next day he gets a visit from the police who arrest him for possession of the drugs. The judge sends him to prison for three months in what she assumes will “shock him” into following the right path. However, we learn that once someone is inside the system it can be very easy to get swallowed up by it. While in prison he is forced to grow up and toughen up, as he is taken under the wing of David (Moe Dunford) who shows him the ropes and how to survive on the inside. David tells Michael, “Forget about buying a house… Your sentence only starts when you’re released.” Informing the audience that once a criminal, always a criminal.

Back on the outside, his grandfather is also being forced to pay for Michael’s crimes, as the criminals, he was holding the drugs for want their money and Francis has to find a way to get it. Lalor Roddy’s performance as Francis is filled with fantastic nuance. He clearly is a man who has been around the block and seen a few things. Yet he is a good man, who cares for his grandson and wants him to achieve the best. When Michael gets in trouble, he stays supportive throughout. Dafhyd Flynn, as well, portrays Michael with a fantastic level of subtlety to the point that we are not just seeing his thoughts and emotions, we are feeling them with him.

Frank Berry knows his subject matter in this film, which is apparent from the opening sequence where we first see the people in the neighborhood. The accents and the slang used are perfect for inner-city Dubliners, and even the wardrobes are accurate (the kids, for example, walk around in sweatpants instead of jeans). For me, this film does hit home as I currently live in inner-city Dublin. In my neighborhood, I often pass the exact people we see in this film. I can even look out my window and see children riding on bicycles or hanging out in groups that look just like the ones in this film, sweatpants and all.

The movie is not perfect and does have some flaws. The first is in regards to a plot hole such as how do the police know to visit Michael in the first place? There is no line or mention of who told them that he had the drugs. Also, I might not have had a lot of interactions with the law, but I can tell you every interaction I have had, the police were not as nice and friendly as the ones in this story, not in the US and not here in Ireland. I get the feeling that Frank Berry is distorting that a bit to try and show city kids that police are not all as bad as they might believe. I am also not a fan of the extreme close-ups he uses throughout the film to tell the story. From a film making point of view, I know why he did this. Berry wants us to feel what the characters are feeling and it is easy to do with the performance of Dafhyd Flynn. But it feels a little overdone to me and eventually, the extreme closeups begin to lose their impact.

When it comes to a film that tells a story of how people get drawn into a life of crime and the judicial system that actually gets through to the audience in this film. Frank Berry does an excellent job of showing us what life is really like for families in these neighborhoods and the difficulty that comes with getting out of them. The performances are top-notch and I have a feeling we will see Dafhyd Flynn showing up in many more films in the future.

Review by Milo Denison, the author of “How to Manage Your Manager” and one of the founders of No-Budget.

Madness In The Method – A Jason Mewes Film 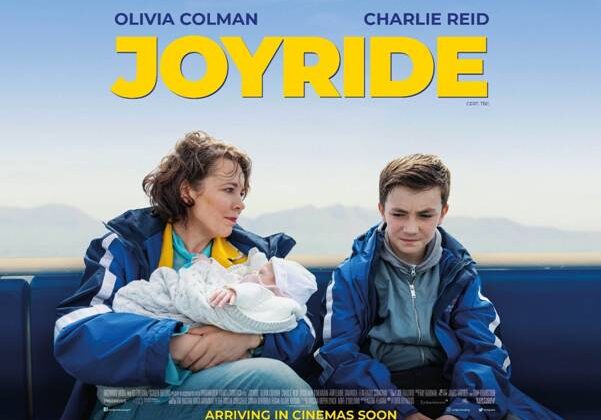