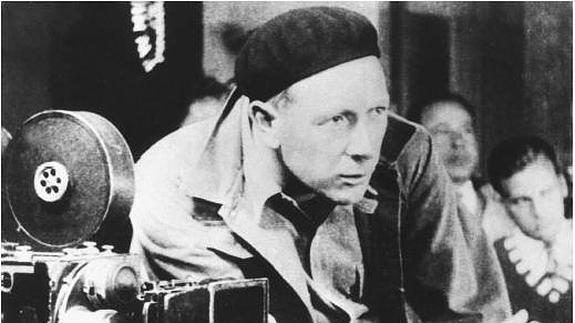 Who Was Filmmaker F.W. Murnau?

F.W. Murnau is most well-known for directing the vampire film Nosferatu.  Bram Stoker’s Dracula inspired movie. made in 1922. However, Murnau wasn’t just a one hit wonder, having directed numerous movies during his career in Germany and the US. Films that set new standards in cinema of the era before his untimely death in 1931.

Born Friedrich Wilhelm Plumpe in Germany on Dec 28th 1889 as one of five children into a financially well off family. His father, Heinrich Plumpe, owned a textile factory in Germany. Which he eventually sold to invest in other businesses, many of which failed. Forcing a downgrade in social class for the family.  However, by all accounts, he still had a reasonably well of childhood.

As a child Fredricks father was supportive of his children’s creative endeavors, building the children a theatre for them to put on productions. When his father sent Fredrick to university in Berlin, he was expected to study for a professorship. Not wanting to give up on performing, Fredrick continued to act under the assumed name F. W. Murnau, in the hopes his father would not find out. Unsurprisingly, his father did learn of his continued studies in the performing arts. Once his father discovered that, he was still doing theatre; he was cut off financially and relied on his grandparents to send him money.

Murnau transferred to school in Heidelberg, where he continued his studies in literature and philosophy. This is also where he met director Max Reinhardt. Reinhardt was so impressed with Murnau’s acting talent that he offered him a scholarship to his theatre school. During this time, he acted and assisted Reinhardt’s theatrical productions. It was through working with Max Reinhardt that he realized he preferred directing over acting.

During World War I

When war broke out in Europe, Fredrick went into the military as a foot soldier. He did well and was promoted to a company commander. As the war progressed, he applied, as was accepted to become a pilot. During his time flying for the military, he crashed a total eight times. Each without any serious injuries. After his eighth crash, however, he was captured and became a prisoner of war. While as a prisoner they allowed him to produce theatrical productions within the prisoner camp with his fellow internees. And during his time in prison camp he wrote his first script.

Murnau The Writer and Director

After the war, Murnau switched his focus into film from theatre and in 1919 founded a film company. He begin by directing a few short films before moving into features. His first feature was The Boy in Blue and 1920 Murnau directed Bela Lugosi in Dr. Jekyll and Mr. Hyde. Unfortunately, no copies of Dr. Jekyll and Mr. Hyde remain to this day.

It was after Dr. Jekyll and Mr. Hyde that he directed the film he is now most famous for Nosferatu (1922).

Nosferatu was based on the Bram Stoker book Dracula, one of the earliest films to feature a vampire, now a staple of blood sucking horror cinema. Murnau tried to get the rights to Bram Stoker’s book but was denied by Stoker’s family. Still intending to make the film, Murnau changed many aspects of the story such as names and locations, to get around the copyright that was still valid at the time. Florence Stoker, Bram’s widow, sued Murnau for copyright violation.  Florence won the court case, which included the verdict that all copies of the film had to be destroyed. Luckily, Nosferatu avoided the tragedy that has happened too many of Murnau’s other films and not all copies were destroyed allowing us to watch the film today.

At the time, Nosferatu was not the film he was famous for. It was other films he made after it such as The Last Laugh (1924) also called The Last Man (Der Letzte Mann). This tells the story of a man working a hotel who is aging out of his job. What made this film famous was that there was almost no dialog. Still made in the silent era, there were often title cards flashing on the screen to reflect spoken word. However, in this film only one title card appears. The rest of the story is told through pantomime and unique camera movement thanks to cinematographer Karl Freund. He would do things like attach the camera to his waist and used rollers skates to move through the scenes. He also did shots from a bicycle. Nowadays this camera movement is common thanks to steady cams, dollies, and drones. But at the time most films were shot on a soundstage with the camera on a tripod rarely moving.

In 1926 Murnau made an adaptation of the book Faust, which turned out to be his last German production. This led to a contract with Fox in the United States. Murnau took the contract with an unusual request that he be allowed to take his crew with him. Fox agreed.

His first film for Fox was Sunrise: A Song of Two Humans (1927) which received four Academy Award nominations in 1929. Of the three awards the film won, one was in Cinematography for Charles Rosher and Karl Struss. Financially, however, the film was a failure.

Because of the financial failure of Sunrise, Fox took more control over his next film 4 Devils and City Girl (1928). Disillusioned by working with the studio, Murnau left the company and formed a partnership with Robert Flaherty in 1929 to regain control of his projects.

The first collaboration between the two was Tabu (1931), filmed in Bora Bora and Tahiti. The two filmmakers had many disputes during the production and quickly ended their partnership. The movie was censored in the United States for its images of bare-breasted Polynesian women.

Murnau fell in love with Tahiti to the point that he built a home there. He planned to set up a studio and make more movies in Tahiti before his tragic death ended those plans.

The Death of F. W. Murnau

During post production for Tabu, Murnau was in California to work on the music for the film. After which he would visit his mother in Germany. On March 11th 1931 he was being driven on the Pacific Coast Highway to a meeting in a hired car. It is unclear as to what was happening in the car at the time, some believe acts of the sexual nature were going on with one of the two other men in the vehicle. The car skidded off the road, and down an embankment, then rolled. Murnau fractured his skull and died the next day. The other two survived the crash. His funeral was attended by only eleven people.

Interestingly, a fortune teller told him he would die in car on this trip, which is why he was taking a short drive to the meeting then to have the car shipped. He was planning to take a ship around through the Panama Canal to New York rather than drive across the country.

His body was sent to Germany where it was buried in Stahnsdorf outside of Berlin where another service was held. Fritz Lang gave the eulogy.

In July 2015 his grave was broken into and the skull was taken. The person who stole it has yet to be identified.

For a full version of the 1922 classic Nosferatu 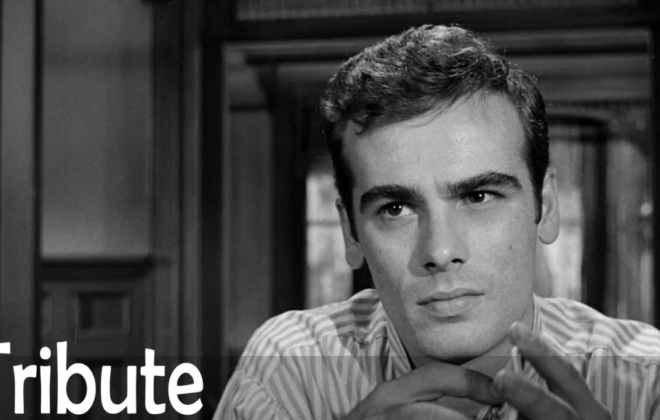