A Review of the Documentary “Gaza”

“Gaza” draws you in, thinking the strip doesn’t look that bad, and then shows you it is that bad. 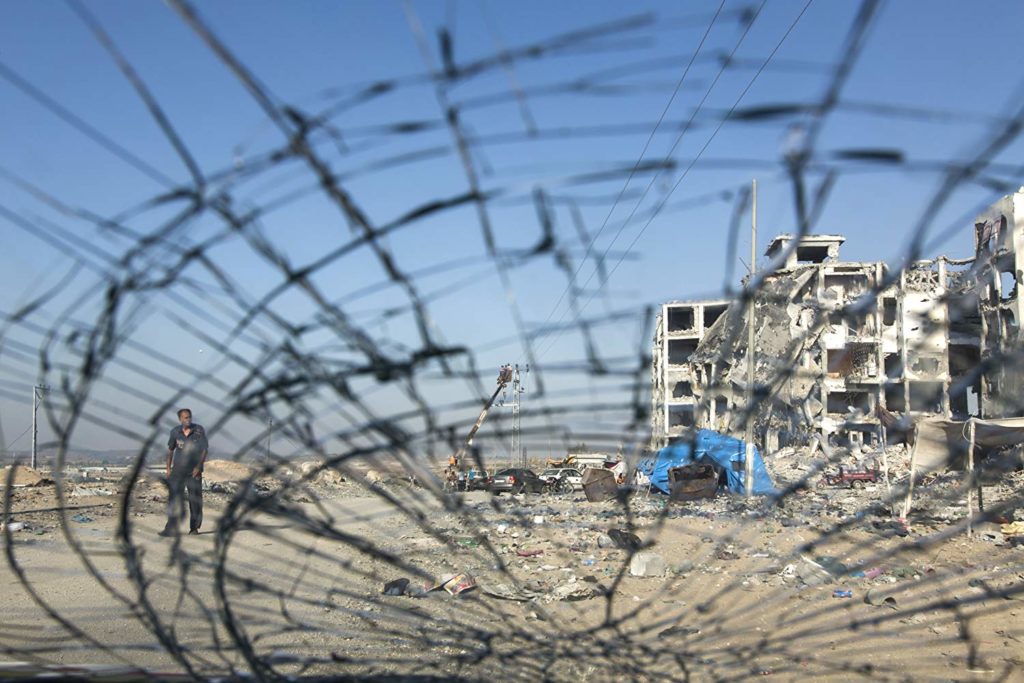 Imagine living in a place that is 25 miles long and 7 miles wide, and is populated by 2 million people and growing. Then add to that borders on all sides which are blocked off to the rest of the world, and living under constant fear that a bomb might land on you at any moment. Palestinians living in the Gaza strip experience that life every day, and in “Gaza”, filmmakers Garry Keane and Andrew McConnell take us into that world.

“Gaza” took the filmmakers 4 years to make, starting in 2014. They followed multiple individuals, including an ambulance driver, a young girl who plays the cello, and a little boy who only wants to be a fisherman when he grows up, amongst others. With each of these people, we get to see what daily life is actually like in the Gaza Strip, where people have to live under constant fear and little opportunities to change it. They live in a place that is surrounded by walls where nothing gets in our out, leaving people with no jobs, little food, and no opportunities. Growing up in an environment like this, it only makes sense that they would hate Israel and the countries that support Israel. All they know is that on the other side of the wall is a military shooting and bombing the people inside.

The film does not spend a lot of time on international politics behind the Israeli and Palestine conflict, focusing more on the people whose lives are affected by it. One of them muses at one point, “what would life be like without Hamas?” [the extremist group currently in control of the government]. Another recalls what her life was like when she was younger, under a liberal government, and how things have changed since Hamas took control. Yet, when the public are out throwing rocks over the walls at the Israeli military, which is valid, they don’t seem to spend a lot of time looking at their own government’s involvement in the conflict. But that is okay because that is not what this film is about. The film isn’t about who is to blame as much as it is about what people have to go through every day of their lives living in a massive prison without having ever been convicted of a crime.

As a Western audience member, I admit that I have become desensitized to many of the conflicts going on around the world, including this one. So, I appreciate filmmakers like Keane and McConnell spending so many years of their lives putting together this documentary, which reminds me of what others have to live with every day. Each person we see in this film is a real human being that is born and raised in a war zone. Yet somehow, they manage to live, they manage to have children, friends, and occasionally a laugh with friends who are all stuck in a state of perpetual limbo.