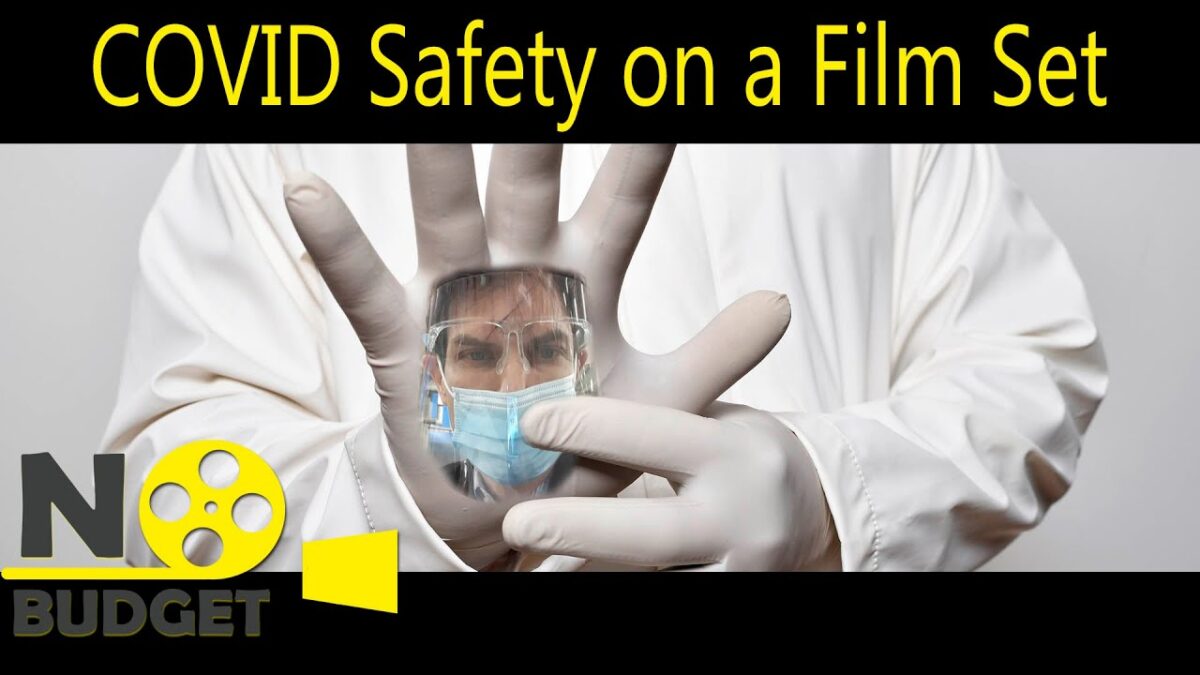 I know you’re tired of hearing about COVID-19 or Coronavirus. I had joked to myself that it would be fun to make a drinking game out of it and just carry a flask around, then every time you hear one of the words, you take a shot. But then you’d be wasted very quickly on that day. So, let’s get off of the drinking game of life, and back into filmmaking, and COVID safety on a film set. Vaccines are rolling out and some areas are allowing filming. My experience has been that the places that are allowing filming are playing it very safe on the film set when it comes to Coronavirus prevention.

I’ve been lucky enough to work on a few projects over the past year. The films have ranged from the micro-budget short film to the big-budget feature film. I am going to share some of those experiences so if you are working on a production of some type, you can be safe because nobody wants to be that producer or director that gets people sick from Coronavirus.

Try to be as close to the bigger budget ones as you can while still maintaining whatever budget you have.

Let’s start with a small or micro-budget film. A couple of projects I worked on, prior to the production, they sent out a safety questionnaire basically saying, “Hey do you have Coronavirus, have been around someone with Coronavirus, or have a temperature?” That kind of stuff? They asked all cast and crew to sign it so they could cover themselves and say they checked.

During filming, after the limited pre-checks were done, anyone who was not on camera had their masks on the whole time, and they required even those of us who were acting to wear the mask when not on camera. What they would do is we’d be wearing a mask when not filming, and then when the cameras were rolling, we would take our mask off and put them in a pocket. It was a bit of safety on set in the sense of you can’t be perfectly safe in that scenario, but you can be safer. They also did things like if anyone didn’t need to be in the enclosed area, they tried to create a separate space. For example, one film took place in a house and only necessary people were in the house, everyone else had to be outside. Don’t worry, it was a warm day.

Also, depending on where you are, there might be requirements about having a COVID safety person, a person on set who’s responsible for making sure people are wearing masks, people are washing their hands and using an antibacterial cleaner on their hands. That type of thing. Be sure to check the filming requirements in your area.

These are the sets where they can afford COVID testing prior to filming. An example of one that falls into this category, I did, had me do a test prior to the filming date. The shoot was on a Monday, so they had me go in the Thursday prior for a COVID test. They also said they would do a rapid test on the Monday of filming, which they actually did not do. Making the Thursday test almost pointless with so many days between the test and the shoot, in which a person could catch Coronavirus. Also, the person doing the test didn’t seem very safe. He kept the same gloves on from the person before me. If that person before me had COVID-19, they could have easily passed it to me while swabbing our throats and noises.

Instead of a paper pre-check questionnaire, they used a website to ask the questions. I received an email with a link that then asked me if I had been around anyone with COVID, with a fever, etc. I entered no and received an email with a “green pass” that said I was safe. And then on the day of filming, I could show the email response with the pass.

They had a COVID safety person on set who made sure people wore masks. If they saw anyone without a mask on they’d tell them to put it on. The safety person also provided replacement masks throughout the day, hand sanitizer, and tried to keep people as far apart as possible.

Once again, if someone was on camera doing a scene, they had to have their mask off, and then as soon as the scene stopped; they put the masks back on. The set did have one major problem in my opinion, which was the holding area for most of the cast when not on set was small. They set up a room where we could hang out, but that room was small, very small, and cold. If anyone one of us had Coronavirus, it would have been easily passed to the rest, even with masks on.

My first example will be from a major production with A-list stars in it. I was working as an extra on this one. How they did it was nice in the sense of safety with multiple COVID tests prior to filming. The first test was on a Tuesday, then a second on Thursday, which was also the day they did the costume fitting. And finally, on the day of filming which was a Saturday, they did a rapid test in the morning. As soon as I showed up at 7:00 in the morning, they swabbed me and then they put me in a holding area. What was nice about this holding area was it was a large studio building and what they did is they had individual tables set up. I had my table, which was spaced nicely with anyone around me. They also had a tea and coffee station for us while waiting, so I could just sit there and not interact with people and read a book. Even though we were sitting in our separate spaces, they still wanted us to wear masks. Two masks, in fact. The first was the standard paper mask on our mouth and nose, and then one of the clear screen masks as well. It was safety on safety. And then when we got the results back from the rapid tests, we could actually go to the set. One other thing that they did is they broke their crew up into teams so that like Team A and Team B and they kept those separated. So. let’s say somebody in the crew got diagnosed with COVID that they could send the whole crew to quarantine or whatever they needed to do while the backup crew could work on the film. That film was definitely above and beyond on the safety aspect.

Of all the films I’ve worked on recently, one stood out as doing the best job of balancing safety with filming. Just like the previously mentioned major film production, this one did multiple tests in advance, keeping everybody separated in separate spaces on the day of the film, rapid test in the morning, and using a large warehouse as a holding space. This one however, was also filming outside to allow for fresh air. They also had multiple COVID safety people on set, wearing orange vests, walking around making sure everyone was following protocols. But they didn’t go as overboard as the other major production, allowing us to wear just one mask when not on screen.

It would be nice if productions used a centralized system for tracking people and testing. For example, they could go to a site or app where they input the person’s information and say this person took their test on such-and-such day, the results. So the other place could see that he’s done the test when and he’s clear, so let’s not make him do another one. The reason I’m saying this is I had one day where I took two tests for two separate productions. The first test was at 8:00 in the morning followed up by another test at 1:00 in the afternoon for a different production. Not only does this save time, but it also saves on cost.

For your film as you see, there are different levels of COVID safety. Try to find what works best for your film. As I said, you don’t want to be the production they get somebody sick with Coronavirus. Try to be as safe as you can be. Use good judgment, and of course, have fun. 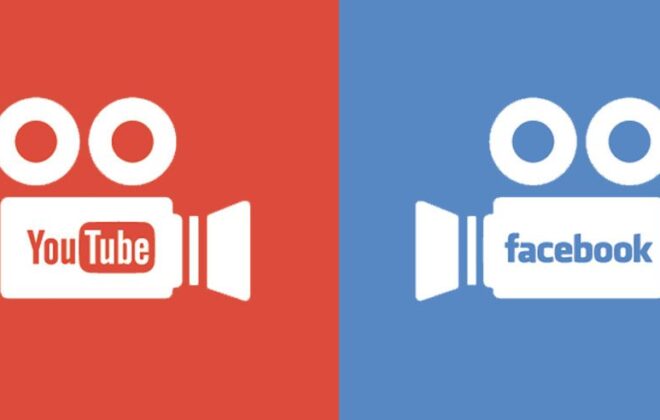 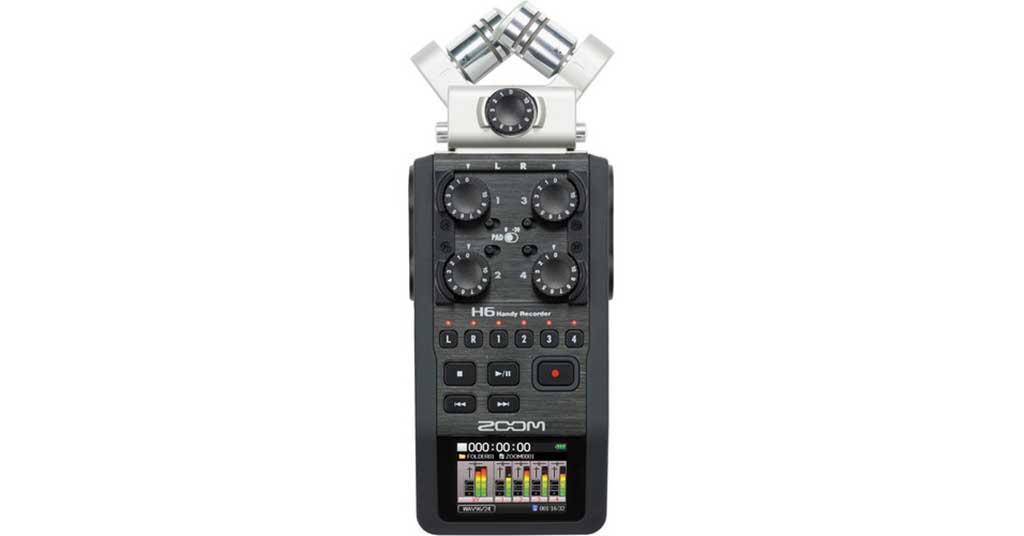