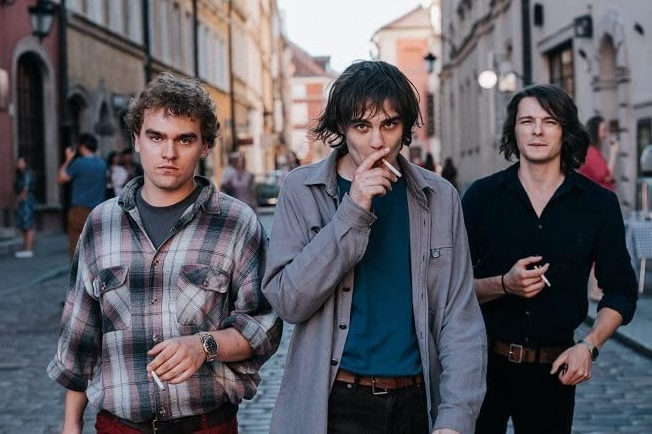 Poland’s Jan P. Matuszynski arrives with his 2nd major feature film after 2016’s The Last Family with film involving one of Poland’s most infamous cases of state brutality and intimidation. The murder and state cover-up of Grzegorz Przemyk, an anti-communist young poet at the hands of the Polish police is seen through the guise of his friends and family, specifically his good friend Jurek Popiel (Tomas Ziętek) and his mother Barbara Sadowska (Sandra Korzeniak).

The opening of the film and build up to the incident are really well staged, the characterization is well established along with the world. Warsaw is seen as a happy, bright place that as the film goes on grows darker and colder. The cinematography is probably the stand out of the film overall. Long drawn out takes along with the every growing muted colour palette aid in the tension of the film. Not to mention it was shot on 16mm film which gives the setting and time a more genuine feel.

Production design and costumes are to be commended as well. Not only does the film have good sense of time and setting but the areas area and clothing of the main characters are dictated by scale. The people at odds with the world live in narrow spaces while people in power or whom are corrupted exist in wider areas. The score is good too with neo-synth music mimicking the vibe of the time whilst staying true to the tone of the film (it also sounds good separated from the film so that’s a bonus).

That being said the film has some issues. The central characters in the story are the ones with the most depth. Ziętek’s and  Korzeniak’s performances have a strong believable connection and shared grief that effectively work for the characters they’re portraying. Everyone else with the exception of Popiel’s parents (played by Jacek Braciak and Agnieszka Grochowska) are pretty one note. The antagonists almost feel clichéd commie’s you’d see in American films of the cold war (ironically Cold War‘s Tomasz Kot stars and is underutilized in my opinion).

Another complaint I have is with the writing. What starts off as a story of a group of people versus tyranny turns into a political thriller real quick. A lot the time this film has is spent on building and building greater subplots and narratives that do go somewhere but take too long to get there. It feels overindulgent in the finer details which is reflected in its runtime (2 hours and 40 minutes). In the end Leave No Traces feels like a film that is trying to be a document of the past but also a rallying cry to it to also which clashes more than it should.