Mile 22 barely makes it past the first mile in this failed attempt at starting a new action franchise.

“Mile 22” (starring Mark Wahlberg) is your standard Hollywood action film. The movie begins with an action sequence when a team of off-the-books government agents, known as Overwatch and led by James Silva (Wahlberg), storm a house in the suburbs where some Russian agents are hiding out. In the process, a firefight breaks out and the Russians are all killed. It then jumps to some unnamed southeast Asian country (Hollywood doesn’t mind offending the Russians these days but apparently doesn’t want to offend any Asian countries), where Silva and team are trying to track down some stolen cesium or “Fear Powder.”

I wasn’t expecting much from this film, and yet the movie still managed to let me down. The plot of the film involves Overwatch being tasked with transporting Li Noor (Iko Uwais) out of the country. Li Noor has an encrypted disc called the Ouroboros Drive, with information that the government wants. Li Noor arrives at the US embassy in this unnamed Asian country, telling them he will give them the unlock code only on the condition they get him out of the country. The way out involves 22 miles of driving to an airport where a plane will wait for only a short period of time. Why can the plane only wait for a short time? Oh, don’t worry about that, you don’t need to know. The smart thing would be to put Li Noor on a helicopter to the plane, but there is no action in that, so they place him in a Toyota 4 Runner and drive him there. Silva’s team of eight people are picked off in the unarmored vehicles they are driving and Silva and Alice Kerr (Lauren Cohan) are the two remaining team members who have to shoot their way to the airport.

Mark Wahlberg plays your stereotypical action star, an ass-kicking tough guy with a bad attitude.  He plays with a rubber band throughout the film, something we learn through some unnecessary backstory is a method for calming himself, which doesn’t seem to work but is supposed to give him more character. Lauren Cohan of “Walking Dead” fame is given the backstory of being a mother who never gets to see her daughter, she also has anger issues and seems to hate her job as she complains about everything throughout the whole film.

Director Peter Berg has managed with “Mile 22” to make a film that is even more annoying than most of the cookie-cutter action films coming out of Hollywood. The film is a series of action sequences that are shot with the standard shaky camera moving around and quick cuts we see copied repeatedly these days in action films. During the scenes that don’t involve action, we get extreme close-ups and narrow depth of field in an attempt to create drama.

In the end we don’t get much drama and the action is nauseating. “Mile 22” is left wide open for a sequel, as it tries to be “Mission Impossible” and “Jack Reacher” in one. However, it fails at both.  Instead of leaving the audience wanting a sequel, it leaves the audience annoyed at wasting nearly two hours of their lives. On the plus side, as of this writing, the film has yet to make back its 35 million-dollar budget. So, as long as people continue to not watch this movie we will hopefully be spared a “Mile 23.”

Review by Milo Denison, one of creators and host of No Budget. 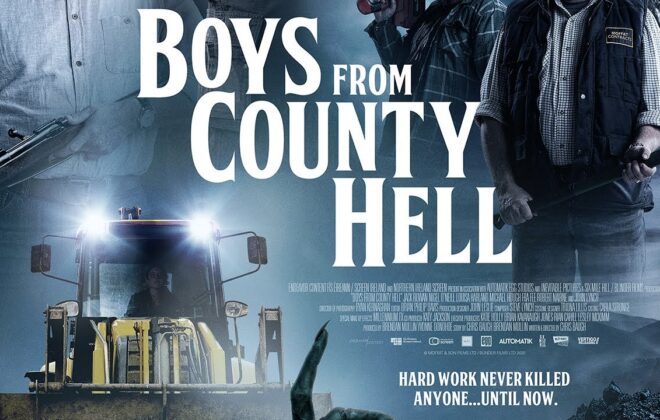 No Grade for Booksmart: Must Try Less