Spoilers Everywhere and The Difficulty of Avoiding Them!

Technology: that thing that makes our lives so much easier, but also more of a pain in the ass for people who don’t want to see a move on opening night. As anyone who is currently amongst the living knows there are two phenomena happening at the moment. The first is Avengers Endgame, and the other is the final season of Game of Thrones. We all know about this because it is impossible to look at the news or access social media or even talk to someone without these subjects coming up and spoiling it for the person who hasn’t seen it yet. 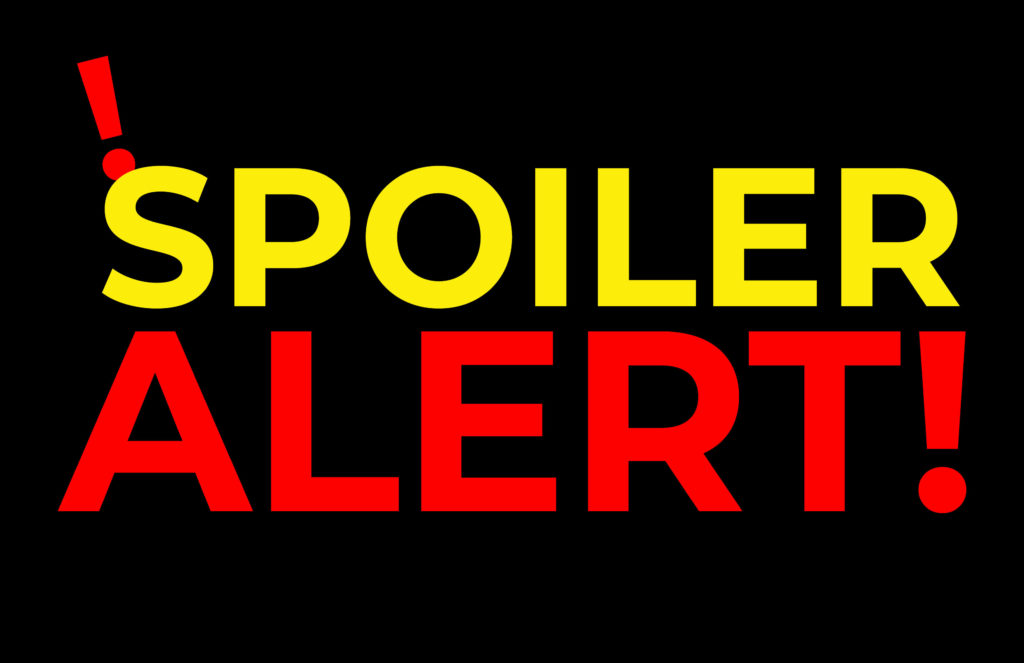 The thing is, I don’t like to go to movies on opening weekends. I like to wait a few weeks so I can see a movie without being jam-packed into a space with people who haven’t bathed, or talk during movies, or sit in front of me with giant tall heads that I have to look around. It wouldn’t be a problem to wait a few weeks, except that I have a mobile phone like everyone else. So, whenever I scroll through the news feed on my phone, I see headline after headline about Avengers. “Here’s Everyone Who Lives and Dies in Avengers Endgame” Some don’t give anything away as long as I don’t accidentally click on the link, but a lot include the spoiler in the title. “Ian Glen Discusses Jorah’s Death.” Well, if you haven’t seen episode 3 of this season, guess what. Jorah dies! Do you know how we know that? Because it says so in the title of the fucking news article!

My girlfriend went to brunch this last Monday with some friends of hers. One of the girls said, “Everyone be sure to watch Game of Thrones.” so we can talk about it. Well, what if someone didn’t feel like watching it Sunday night? Or perhaps they don’t have HBO and need to wait for it to be available elsewhere. Can’t people talk about something other than GOT?

I will admit, my news feed is even more entertainment related that most because of this channel. I try to stay in the loop on what is going in movie making. But even when I click the Flipboard option of “Show Less Like This” I still see plenty like it, I found out that Arya Stark got laid before I watched her get laid.

YouTube is the worst because with millions of hours of video being uploaded each day the competition is fierce to stand out. On the plus side “most” YouTubers are pretty good about putting “Spoilers” in the thumbnail so that people know before they click on it. What isn’t fun is when the title has spoilers in it?

I’m not even going to get started on the people who walk out of a theater and yell spoilers to the crowd. Or who post it on Facebook or Twitter just to be jackasses. The ones who get punched by people waiting in line, as a result, deserve to be punched.

Now we are not going to change this of course. Yes, we can give the videos thumbs down, we can select to removed Avengers related material from our news feeds. But I have another radical and simple solution – put the phone down. Yep, I know this is revolutionary to anyone who was born in a world never having known what it was like to not have a phone in their hands, but mankind lived for a very long time without the 24hr news cycle, mobile phones, and when Easter eggs actually meant Easter eggs.

It is possible to walk somewhere without staring at a phone screen. It is possible to go out to dinner with people and look at them instead of a phone screen. And when at home sitting on the sofa watching a TV show, try watching the TV show instead of letting the show play in the background while looking at your phone the whole time arguing with people on Facebook about which Avenger should get a spinoff movie and then looking up at the TV and asking your boyfriend or girlfriend “Who’s that?” at a new character that was introduced 10 minutes ago but you didn’t notice because you were busy draining the battery on your phone.

However, if you can’t do that and you are a content writer or YouTuber and you must compete in this saturated field. Try writing about something else. Don’t do what everyone else is doing, do something different. Or, if you can’t and need to join the latest movie or TV show bandwagon try not to spoil it for the rest of us.

Commentary by Milo Denison, the author of “How to Manage Your Manager” a satirical look at being successful in the corporate world.